Home / About the Author 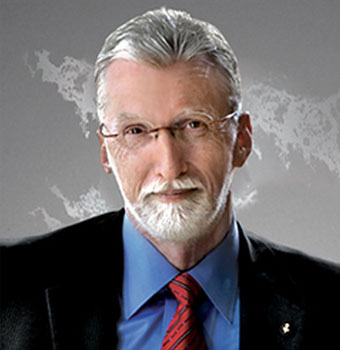 Dr. Bill Thierfelder is President of Belmont Abbey College, a Catholic Liberal Arts College located 10 miles West of Charlotte, NC. Founded by Benedictine monks over 138 years ago, the college embodies the Benedictine tradition of prayer and learning by educating students to lead lives of integrity, to succeed professionally, to become responsible citizens and to be a blessing to themselves and to others.

Dr. Thierfelder received his master’s and doctoral degrees in Sports Psychology and Human Movement from Boston University. He is a licensed psychologist and a Diplomat of the American board of Psychological Specialties. He is also a member of the American College of Sports Medicine and the United States Olympic Committee Sport Psychology Registry. He is a former NCAA Division I coach, Olympian (did not compete due to injury), national champion (IRE) and a two-time All-American from the University of Maryland. He is a member of the Sports Faith International Hall of Fame, which includes world-class athletes, coaches, and team owners, such as George “Papa Bear” Halas, Wellington Mara, Brian Piccolo, and others.

Prior to his appointment as President of Belmont Abbey College, Dr. Thierfelder was president of fitness legend York Barbell Company. Other career posts include National Director of Sports Science for NovaCare; principal and cofounder of Joyner Sports Medicine Institute; and Executive Director of The Player Management Group. He has helped over 100 Olympic and professional athletes achieve dramatic improvements in performance.

Dr. Thierfelder has delivered hundreds of presentations regarding topics related to faith, sport, education, medicine and business, as well as testifying before the United States Congress in matters related to religious liberty. He is a Knight of Malta and lives just outside of Charlotte, NC with his wife, Mary, and their 10 children.


© Copyright 2014 By ThemeGoods All Right Reserved | Powered By Wordpress